More than 100,000 African Americans live inside the I-610 Loop, making up a fifth of its total population. The area around Reliant Park and the Astrodome is about 40% Black and consists of several apartment complexes and condos. There is still more land there to be developed. Most of the undeveloped land exists just south of the Loop.

Almost half of the African Americans inside the Loop live in communities southeast of downtown in the Third Ward and Riverside Terrace. This section is home to one of the strongest and oldest Black communities in the Houston metro. Home to the historically Black Texas Southern University, the Third ward was the center of the Black civil rights movement in Houston and Riverside Terrace home to some of the most prominent figures in Black Houston.

There is another large concentration of African Americans just northeast of downtown in the communities of the Fifth Ward and Kashmere Gardens. Both neighborhoods have experienced decline in Black population in recent years. 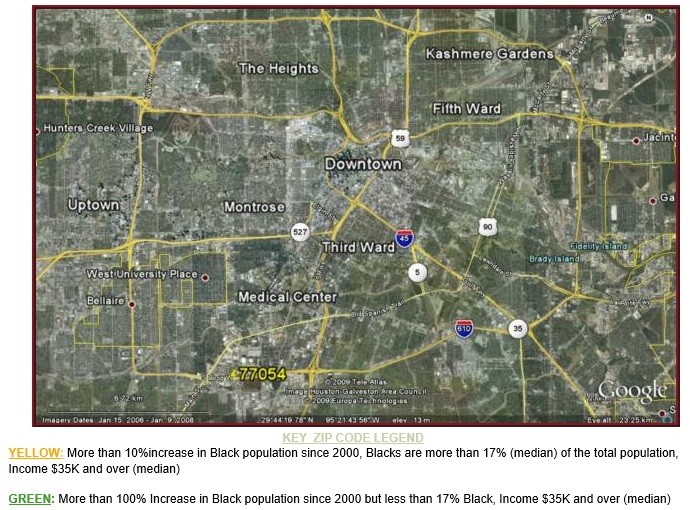 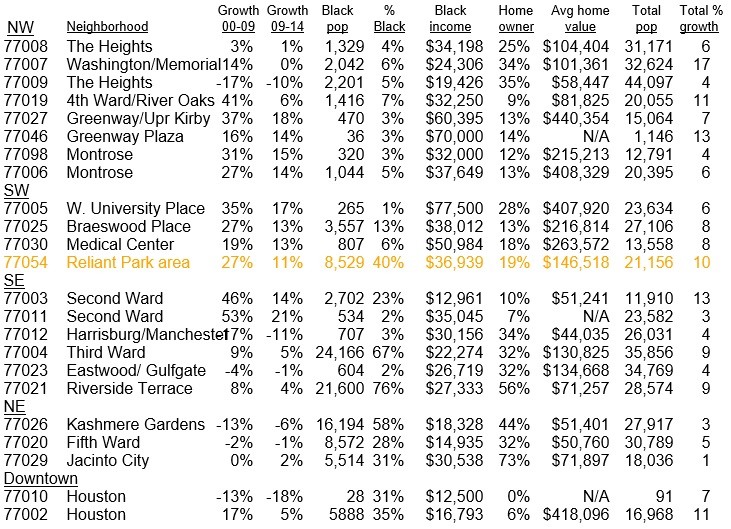