Northeast Houston is characterized as the area North of Loop I-610, East of I-45 and around the 610 loop until I-10 East. The once popular communities of Greenspoint, Aldine, and Northline have experienced a decline in Black population during the last 10 years. Many African American families here are relocating for areas they consider to be more “family friendly” but not too far such as the Northern suburbs of Spring and Humble and Northwest Houston areas near Klein and FM 1960.

Parts of Northeast Houston that are gaining Black population are those near the George Bush Intercontinental Airport and just East of the Beltway on both sides of the Crosby Freeway. Both of these areas have seen development in recent years. Neighborhoods near the airport are largely blue collar containing small families, singles and middle aged empty-nesters.

New construction has been taking place in some of the remaining empty land for families with children who want to upgrade to newer homes in new developments. In the areas around the Cosby freeway there is an increase of incomes and college graduates as well as larger families who are purchasing in the new developments.

Close to half of the African Americans in Northeast Houston are centered around the East Little York, Sellegast, and Trinity Gardens neighborhoods. The population in these communities has been stagnant and African Americans have been leaving for some time. 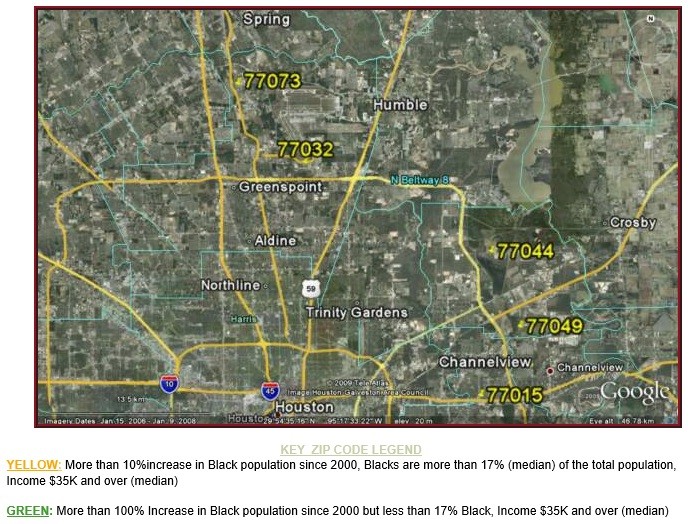 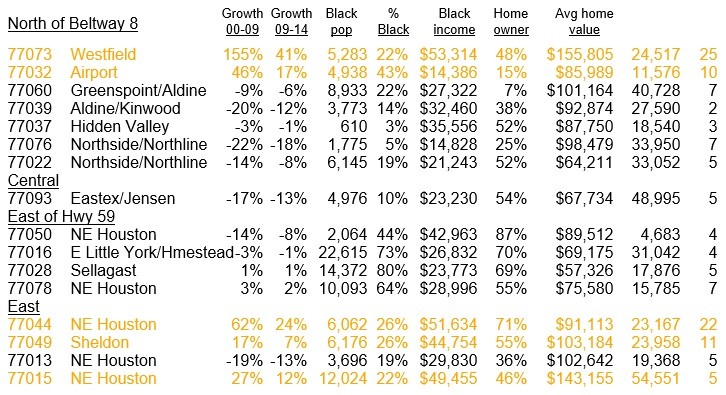