African Americans make up a small percentage of the overall populations in Houston’s eastern and western suburbs.To the west, the Suburb of Katy and the subdivision of Cinco Ranch have been growing tremendously. More than 14,000 middle class African Americans have participated so far and double digit increases in Black population are expected for the next 5 years. The Katy Independent School District has excellent ratings. Directly east of Houston, Channelview is the only area that has seen a substantial increase in Middle class African Americans. 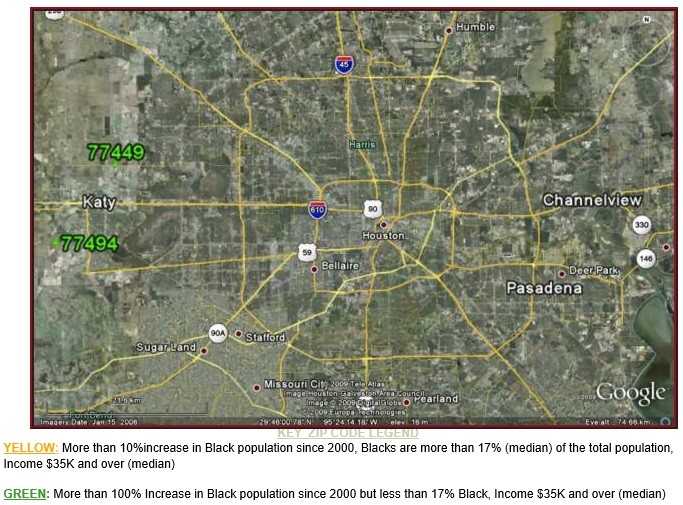