The southern section of Houston around Hwy 288 between the I-610 loop and the Beltway has experienced a boom of new development as working and middle class African Americans choose the largely undeveloped area to build new homes. The fact that the area is adjacent to Pearland and its amenities also makes it attractive. The area is made up of a mix of small families, single parent families, singles and couples that have a high percentage of homeownership. Residents here tend to take pride in their communities.

Most of the 90,000 African Americans in South Houston live in older mostly Black communities located closer to the I-610 loop in neighborhoods like South Park and Sunnyside. These neighborhoods have experienced decades of decline and share many of the same economic and social problems of other inner-city communities.

The areas near I-45, including Hobby Airport and further east in Clear Lake, have seen growth in their middle class African American population which make up only 3-14% of the population there. This area has a large White and Hispanic population with a mix of Middle and upper income lifestyles. The Clear Creek ISD has a reputation for excellent schools. 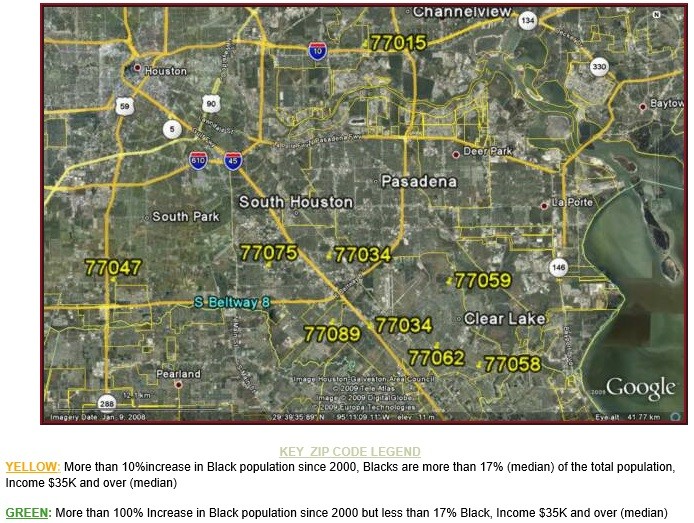